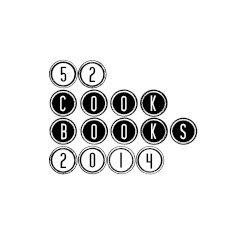 The first cookbook off the shelf was probably meant to be.  Z received a box of chemicals for Christmas.  Little foil packets of white powder…  Riggghhht.  Anyway,  weirdly two of my gifts for him came in silver foil clear fronted packets this year.  And he bought me a Besh Box that had a 1# bag of pecans in it that also came in a big foil pouch.  More on that another day I guess.  Foil packets  must be what all the cool kids are doing for packaging this year.  Anyway, one of his packets was Versawhip from Willpowder and is actually ezymatically changed soy protein that can be hydrated and used to whip things into a foam that ordinarily wouldn’t want to do that – like maple syrup.   So, for our first meal, I chose Try this at home, by Richard Blais.  If you aren’t familiar with Richard Blais, he was on Top Chef (and won All Stars) and known for a few notable things, fun hair and molecular gastronomy.   He  probably also made molecular gastronomy with it’s foam, liquid nitrogen and powders more accessible to the home cook.  I guess.  I don’t really know if that’s true exactly but I guess what I mean is he made me feel like I could probably do it.  I don’t know why exactly.  But what I can say about these things is half the work is in procuring the obscurish ingredients and/or kitchen paraphenalia and then being able to have a recipe to use it.   Z bought me the book this summer, for my birthday I think and I have used it once or twice but this time, with a vengeance.  We made the simple into the sublime.

Pancakes with Coffee Butter, Maple Foam, syrup & chopped pecans.  Seems complicated and yet with both of us cooking really only took 20 or 30 minutes.  I made the pancakes while Z combined reduced coffee with butter until it was creamy and also beat the maple syrup with versawhip until it was soft peaky- think sugary meringue.

The whole thing was like the most intense happy brunch meal ever.   It hit us differently.  Z said, ‘I thought it was fun.  I’d make it again and I’d make it for guests.  I’m not sure it’s a good dinner.’  But like I said, I thought it was a super intense happy supersweet brunch dish.  He didn’t get the sweet.  It was really fun to make and probably a first go for us with the ultra forgiving versawhip.  Plus, just look at it!  Delicious.

2 thoughts on “Try this at home”